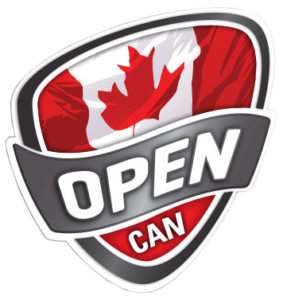 The global shipping situation in times of covid-19 still hits us. Karting is no different from other spheres of the economy.  The huge delays in finding places on ships, the delays caused by mechanical failures and the sanitary rules at all stages of the process, from manufacturing to delivery at destination, complicate things enormously.  This is why these tires were ordered two and a half months ago.

While we were ready to announce the opening of registration and the tires for the Canadian Open event should already be on their way to Canada, we were informed on Wednesday afternoon that the cargo ship has not even arrived in Germany for loading.  Since, we tried to find alternatives and worked out different scenarios, but none of them could guarantee that we would have tires in time for the event, especially since customs clearance times are not guaranteed.

It would be irresponsible to move competitors, families, officials and volunteers to an event that we don’t know if it will take place.

Considering the already planned calendars, such as the Canadian Championships and other important events, the event will take place from September 11-12, still at the Jim Russell Academy circuit in Mont-Tremblant, QC. The event will be combined with the 5th round of the Coupe de Montréal de karting.

For Rotax categories and invitations to the World Finals, they will be awarded as follows:

We are sorry for the situation which hurts us as much as it hurts you, dear competitors.